The Year of Supreme Muscle Definition – The Best Fat Burners

The numbers are in and the votes have been tallied, here are the Top 10 Ranked Fat Burners for 2017, updated for winter.

Over the years our customers have enjoyed the added benefits of supplementing their diets with one of the Top 10 Ranked Fat Burners.  This year however, we have seen major changes in formulation from the best fat burners, which seems to be taking fat loss to a whole new level. In the beginning there was Ephedra, then DMAA became popular with the advent of Oxyelite Pro from USP labs. With this update we see the evolution continue toward more intense and effective fat burners. Alpha Lean-7 from Hard Rock Supplements, the new number 1 ranked fat burner represents a paradigm shift in formulation; stronger and more intense than DMAA. The non-DMAA formula has been widely accepted by customers, the reason for Alpha Lean-7’s climb to the top in just 11 months, which is the fastest in the Top 10 Fat Burners Rankings history.

Read More or Scroll Down for the Top 10

For years the fitness community has turned to the rankings of Top 10 Fat Burners List to supplement their fat and weight loss programs with the best fat burners determined by what customers actually do.

This update is driven by change, albeit not a total surprise. This season customers have overwhelmingly chosen a new No.1. Alpha Lean-7, the newest member to the TOP 10 FAT BURNERS LIST now has by far the highest repurchase rate with by far the highest rate of positive reviews.

It was clear Alpha Lean-7 was destine to hold the top spot. From its introduction in early 2016 customers favored it and repurchases and positive reviews grew at the fastest rate in the TOP 10 FAT BURNERS LIST’S history. What took Hydroxyelite, the previous No. 1, over 3 years to accomplish Alpha Lean-7 has done in 11 months.

Based on new innovations, Alpha Lean-7 is non-DMAA formula, basically unheard of in the Top 10 Fat Burners conversation. However, its intensity and appetite suppression levels are not for beginners. Alpha Lean-7 has changed the way we think about fat burning supplements. Customers report Alpha Lean-7 is a product you feel working, maybe that is why its manufacturer says its the fat burner you experience.

Based on customer re-buys, customer feedback, our Pro Support Team’s own experience., we are thrilled to present the TOP 10 FAT BURNERS for 2017 – Winter Edition. Despite the rising number of weight loss products hitting the market every year, the numbers don’t lie; our winners are clear. Strong Supplement Shop is proud to be the largest supplier of these products worldwide, and this list represents the outcome of our experience to take the guesswork out of the Top Fat Burners to give you the best results. 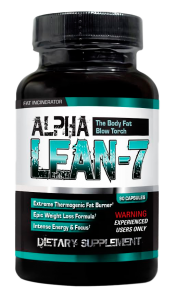 It was clear Alpha Lean-7 was destine to hold the top spot. From its introduction in early 2016 customers favored it and repurchases and positive reviews grew at the fastest rate in the TOP 10 FAT BURNERS LIST’S history. What took Hydroxyelite, the previous No. 1, over 3 years to accomplish Alpha Lean-7 has done in just 11 months. The feedback has been nothing short of incredible, with users suggesting it is the best all-round fat burner, and its thermogenic effects and appetite suppression are the industry’s best. In the beginning there was Ephedra, then DMAA came on the scene – now there is Alpha Lean-7 whose innovative formulation represents a paradigm shift that has changed the industry forever. Read all the Reviews Here.

NO. 2 HYDROXYELITE by Hi-Tech Pharmaceuticals 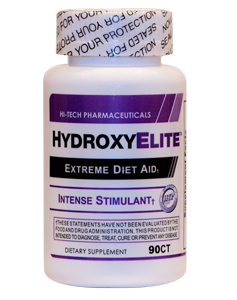 A fat burner that has taken the industry by storm and that comes as no surprise as Hydroxyelite’s formula is essentially a clone of arguably the best fat burner to ever hit the market, Oxyelite Pro. Customer adoption and reviews have been stellar making this product one you need to seriously consider.
Read All the Reviews Here.

NO. 3 Phenadrine by APS Nutrition 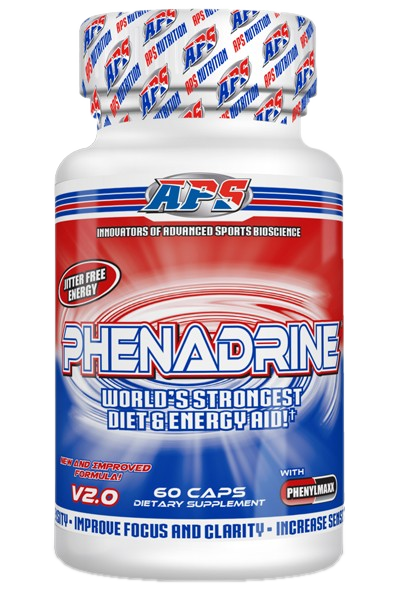 Phenadrine has been a consistently popular amongst customers which comes as no surprise as APS Nutrition stands out when it comes to stimulant based products. Phenadrine not only contains DMAA but also a special blend stacked with five hardcore ingredients. Individually these ingredients have made up other fat burning products, but never before has anyone put together such a complex. Read all the Reviews Here. 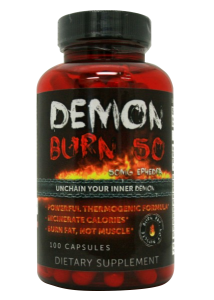 Demon Burn 50 is seriously effective, provides mental alertness, a nice boost in energy and a reduction in appetite. These are essentials when looking for a solid fat burner. This is a great supplement with a good list of ingredients that customers value, especially those in bodybuilding and fitness. It also stands out as a great value as it is one of the few fat burners that comes with 100 servings per bottle.  Read all the Reviews Here.

NO. 5 Lipodrene Hardcore by Hi-Tech Pharmaceuticals 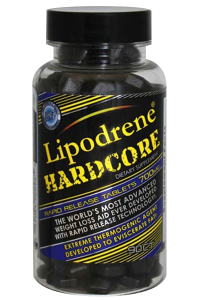 Lipodrene Hardcore is the powerhouse of a fat burner, if you have a high tolerance to stimulant based products this is your go to supplement. Just about every powerful and novel stimulant on the market can be found in this product, which means it should only be a consideration if you are a very experienced user for fat burners.  Read all the Reviews Here.

NO. 6 Hell Fire by Innovative Labs 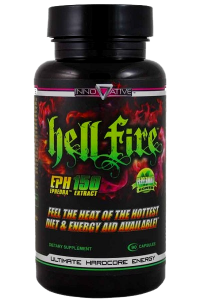 Hell Fire has been reborn. At one time Hell Fire was arguably the strongest fat burner on the market, but the product was reformulated to what customer’s considered to be a weaker version. In a turn of events, recently Innovative Labs made a new strategic partnership which allowed them to bring back the original formula, and from what it seems they may have made it even better than the original. Even though Hell Fire has not climbed it’s way back to the top of the list, consider its potency to potentially rival the top products. Read all the Reviews Here.

NO. 7 Black Widow by Hi-Tech Pharmaceuticals 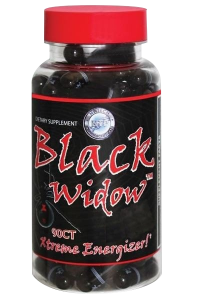 Black Widow hit the scene hard over the past year with a potent blend of ingredients supporting powerful increases in energy and appetite suppression. Feedback suggest that this fat burner is one that should be reserved exclusively for advanced users due to its potency. Read all the Reviews Here. 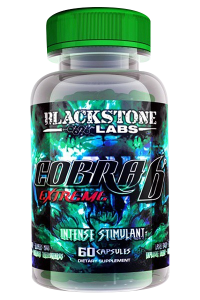 Blackstone Labs had already brought to market a strong fat burner in the original Cobra 6p, and they upped the ante with the new extreme version which gives users more of that stimulant kick. Feedback has suggested that it outperforms many DMAA based fat burners, which is an ingredient that is found in nearly all top fat burners. Read all the Reviews Here.

NO. 9 White Lightning by APS Nutrition 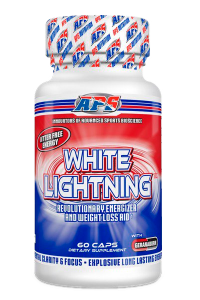 White Lighting is a simpler version of the #2 ranked Phenadrine, with less ingredients but higher dosages. The feedback suggests that less is more, as people have raved about its powerful thermogenic effects, helping users to get a serious sweat going within minutes of beginning their workout. Read all the Reviews Here.

NO. 10 LIPODRENE by Hi-Tech Pharmaceuticals

Lipodrene is the largest selling fat burner in America. It has been promoted on late night television and has a huge following. According to our customer’s feedback there is a lot more effective fat burners out there, but some people have used Lipodrene for many years and repeat buy the product. Its not super stimulative and its not as potent as some of the others on the list, which might be one reason why the mainstream likes it so much. Read all the Reviews Here.